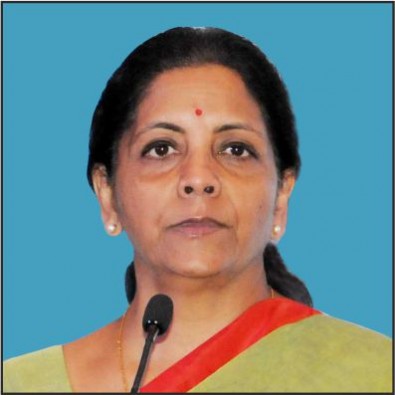 Nirmala Sitharaman is an Indian politician and Finance Minister of India. served as the current Minister of Finance and Corporate Affairs of India. She is a member of the Rajya Sabha, the upper house of the Indian Parliament, since 2014. Sitharaman formerly served as the Defence Minister of India, thereby becoming India’s second female defense minister and also the second female finance minister after Indira Gandhi and the first full-time female Finance Minister. She has served as the Minister of State for Finance and Corporate Affairs under the Ministry of Finance and the Minister for Commerce and Industry with independent charge. Prior to that, she served as a national spokesperson for the BJP. Nirmala Sitharaman was born in the Tamil Iyengar Brahmin family in Madurai, Tamil Nadu, to Savitri and Narayanan Sitharaman. Her father hailed from Musiri, Tiruchirappalli, while her mother’s family had its roots in Thiruvenkadu, and in the Thanjavur and Salem districts of Tamil Nadu. Her father was an employee of Indian Railways and hence she spent her childhood in various parts of the state. She had her schooling from Madras and Tiruchirappalli. She obtained a Bachelor of Arts degree in economics at the Seethalakshmi Ramaswami College, Tiruchirapalli in 1980, Master of Arts degree in economics and M.Phil. from Jawaharlal Nehru University, Delhi in 1984. She then enrolled for a Ph.D. in economics with a focus on Indo-Europe trade, but a move to London after her husband secured a scholarship in London School of Economics left her unable to complete the degree. 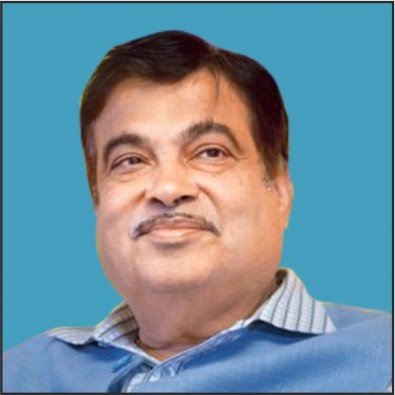 Nitin Gadkari is a senior leader of the Bhartiya Janata Party. He is the current Minister for Road Transport & Highways, Shipping and Water Resources, River Development & Ganga Rejuvenation in the Government of India. He is known as the flyovers man because of his work in constructing roads, expressways and flyovers. Gadkari was born on 27th May, 1957 to a Brahmin family in the city of Nagpur, Maharashtra. He completed his education from G.S. Commerce College, Nagpur University and University College of Law, Main Branch, Nagpur. He got married to Smt. Kanchan Gadkari on 18 Dec 1984. The couple have three childrens two sons and a daughter. He joined the student political outfit Akhil Bharatiya Vidya Parishad (ABVP) in 1976. He also organised the 28th National Convention of ABVP. He was selected the President of Bharatiya Janata Yuva Morcha when he was just 24 years old. Nitin Gadkari served as the Minister of Public Works Department (PWD) of the Government of Maharashtra from 1995 to 1999 and restructured it from top to bottom. He has served as the president of the Maharashtra BJP. 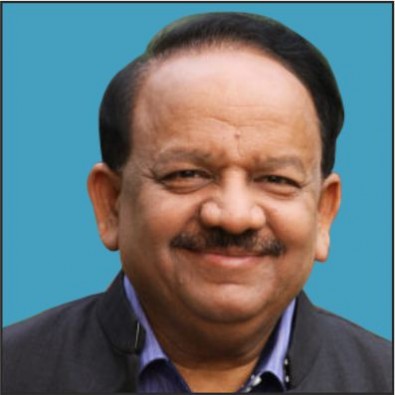 Ministry of Health and Family Welfare Government of India

Harsh Vardhan as the State Minister of Health in 1994 oversaw the successful implementation of the pilot project of the Pulse Polio Programme which involved the mass immunisation of 1 million children up to the age of 3 in Delhi. In 1995, this programme was launched nationwide leading to 88 million children being immunised. On 28 March 2014, India was declared polio-free by the WHO, as there had been no reported cases for three years. In 1997, the Delhi Prohibition of Smoking and Non-Smokers Health Protection Act was passed in the Delhi assembly which was one of the first anti-tobacco laws implemented by any state government. The act applied across the NCT of Delhi. It prohibited smoking in places of public work or use for example hospitals, restaurants, and educational institutions and in public service vehicles. It also prohibited the sale of smoking substances such as tobacco and beedis to anyone below the age of eighteen. Smoking products could not also be sold or stored within 100 metres of any educational institution. Under the provisions of the act, fines would be applied to anyone who contravened the law and they could potentially be ejected from places of public use by the police. 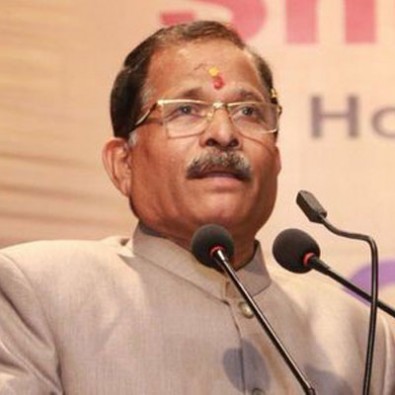 “I loud the efforts of Shri. Abhijeet Sinha and ASSAR for the methodological approach to resume to resume this lockdown halted project in the same year. I extend my best wishes to this project and participants for their support and passion for timely completion and contribution in post lockdown economic revival.” 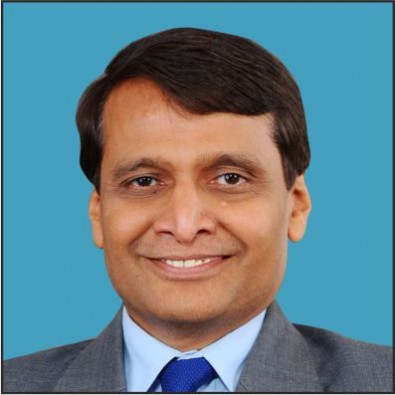 Shri Suresh Prabhu is currently the Minister of Commerce & Industry and Civil Aviation of Government of India. He has handled several ministries in the past from Railways to Environment, Power and Heavy Industries. He has also been Prime Minister’s Sherpa for G20 summit and Chairman of the Task Force on Interlinking of Rivers. As soon as he assumes charge of an assignment, he secure the blue-print of development, and sets target dates for specific action points. He is a Rajya Sabha MP from Andhra Pradesh. He has been four-time Member of the Lok Sabha from Rajapur Constituency of Maharastra – one of the biggest states of India and has also represented Haryana in the Rajya Sabha.Suresh Prabhu Zantye completed his schooling from Sharadashram Vidya Mandir, Dadar, Mumbai, followed by a Bachelor in Commerce with Honours from M. L. Dahanukar College, Vile Parle, Mumbai. He received a Bachelor in Law degree from the New Law College (Ruparel College campus), Mumbai.] Prabhu is a Chartered Accountant and a member of the Institute of Chartered Accountants of India. He was All India 11th (eleventh) rank holder in CA exam. 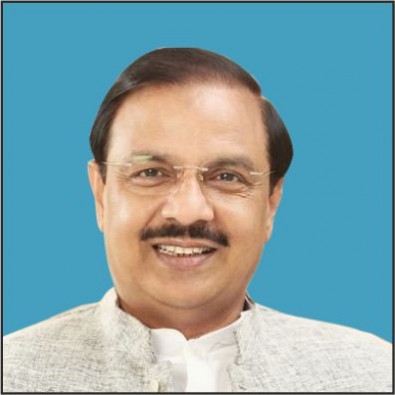 Former Minister of State(IC) for Tourism Government of India

Mahesh Kumar Sharma is an Indian politician belonging to the Bharatiya Janata Party. He was elected in the 2014 Indian general election from Gautam Buddha Nagar. He is a physician by profession and owns the Kailash Group of Hospitals based in Noida. On 12 November 2014, he was appointed as a Minister of State (Independent Charge) for Culture and Tourism and Civil Aviation. He has also served as the first MLA of Noida vidhan sabha in Uttar Pradesh. Mahesh Sharma was born on 30 September 1959 in Manethi village in Mundawar tehsil Alwar district of Rajasthan. His father, Kailash Chand Sharma, was a school teacher. He did his early schooling in the village. For senior secondary education, he moved to Delhi. He graduated from the University College of Medical Sciences.In 2012, he received an Honorary Doctorate from Amity University. 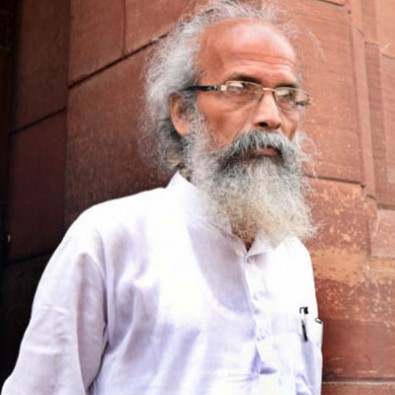 “It would be be exciting to dispatch TECH-Trial Electric Vehicle to ply on India’s first E-Highway and hear from stakeholders about one of its kind Public-Private-Partnership Project. My heartiest congratulations to Shri. Abhijeet Sinha and his team for facilitating ‘Ease of Doing Business’ to all stakeholders and ASSAR for conducting such initiative.” 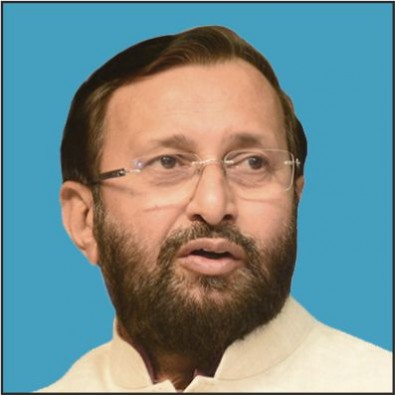 Minister of Information and Broadcasting Government of India

Prakash Keshav Javadekar (born 1951) is presently the Union Minister of Environment, Forest and Climate Change and Union Minister of Information and Broadcasting after taking oath as a Union Cabinet Minister in May 30, 2019, in Narendra Modi-led NDA Government’s second term. He was elevated as a Cabinet Minister on July 5, 2016 and assigned the HRD portfolio. He was first inducted into the Council of Ministers led by Prime Minister Narendra Modi on May 26, 2014, as Minister of State (Independent Charge) for Environment, Forest & Climate Change, and Ministry of Information & Broadcasting. Additionally, he also worked as a Minister of State for Parliamentary Affairs until November 9, 2014. He continued and concentrated thereafter as MoS (IC) of Environment, Forest and Climate Change until July 5, 2016. He is a member of Rajya Sabha (Council of States) representing Maharashtra Since April 2018 (Third Term). In his second term as a member of Rajya Sabha represented the state of Madhya Pradesh from June 2014 to March 2018. Javadekar was first elected to Rajya Sabha from Maharashtra in May 2008. He had served with distinction in Parliamentary Standing Committees of Defence, HRD and Consultative Committee of Power. He was also a member of Committees on Paper Laid and Subordinate Legislation. 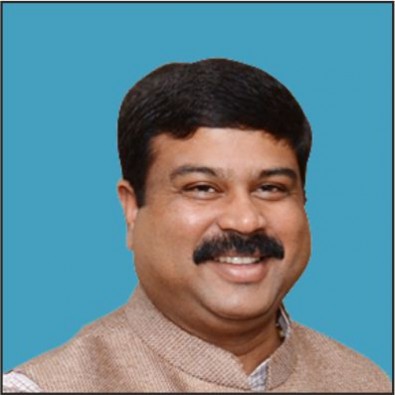 Ministry of Petroleum and Natural Gas Government of India

Dharmendra Pradhan is the Cabinet Minister for Petroleum & Natural Gas and Steel in the Government of India. On 31st May 2019, Shri Pradhan began his second consecutive tenure at the Ministry of Petroleum & Natural Gas becoming the first such incumbent in the history of independent India. Shri Pradhan was promoted as a Cabinet Minister on September 3rd,2017. As a Member of Parliament, Shri Pradhan currently represents Madhya Pradesh in the Rajya Sabha and was earlier a member of the 14th Lok Sabha.Born on June 26th, 1969, he hails from the city of Talcher in Odisha. As the Minister of Petroleum & Natural Gas of India, Shri Pradhan is attributed with several progressive reforms & initiatives implemented in the last five years including consumer initiatives like PAHAL which is the world’s largest Direct Benefit Transfer Scheme and the #GiveItUp campaign, that was liberally supported by the Prime Minister Shri Narendra Modi, aimed at encouraging affluent citizens to surrender their LPG subsidy for the needy receiving a successful response of over 10 million consumers. In an attempt to empower rural India with the clean fuel of Liquefied Petroleum Gas (LPG), the Pradhan Mantri Ujjwala Yojana was launched by the Ministry of Petroleum & Natural Gas under which 7 million LPG connections have been provided to women from Below Poverty Line (BPL) families over the past 5 years. 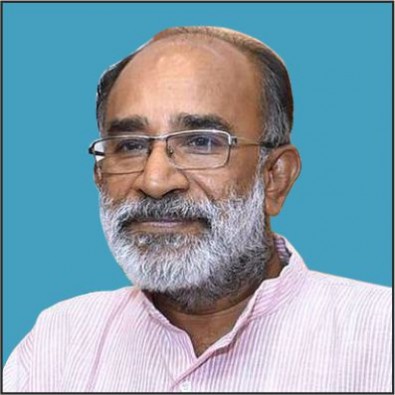 Minister of State for Electronics and Information Technology Government of India

Alphons Joseph Kannanthanam or K. J. Alphons (born 8 August 1953) is an Indian civil servant, advocate, and politician. He is the former Union Minister of State for Culture, and Tourism, in office since 3 September 2017 to May 2019 under the B.J.P. Government of Narendra Modi. He is also the third ever BJP Rajyasabha MP from Kerala. He is the second BJP Central Minister from Kerala after O. Rajagopal. Alphons Kannanthanam belongs to the 1979 batch of the Indian Administrative Service (I.A.S.), Kerala cadre. He served as Commissioner of the Delhi Development Authority. Alphons was born in Manimala, Kottayam district, Kerala, India, and was a Left Democratic Front supported independent Member of the Legislative Assembly for Kanjirappally constituency in Kottayam district, Kerala from 2006 to 2011. He joined the Bharatiya Janata Party in 2011. He is also the first-ever BJP Central Minister from Pathanamthitta (Lok Sabha constituency). 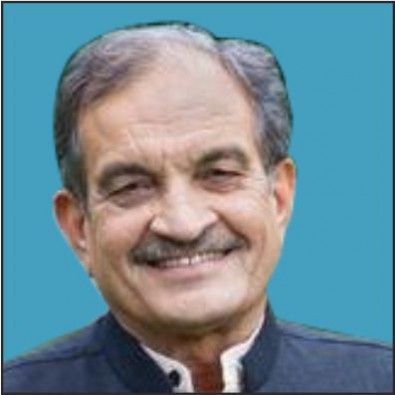 Birender Singh contested his first election in 1972 & from 1972–77, he was the Chairman, Block Samiti Uchana. He contested the legislative assembly election in 1977 from Uchana Kalan constituency on Indian National Congress ticket and won the seat with a sizeable margin, despite strong anti-congress wave in the country. This made him a star political figure in India overnight. Birender Singh has been a five times legislator for Haryana from Uchana constituency (1977–82, 1982–84, 1994–96, 1996-2000 and 2005–09) and served three terms as Cabinet Minister in Haryana. Ch. Birender Singh has also served the country as a Parliamentarian 3 times. In 1984, Ch. Birender Singh was elected as Member of Parliament (Lok Sabha) from Hissar Constituency, after defeating Om Prakash Chautala by a giant margin. In 2010, Birender Singh was elected as Congress MP Rajya Sabha from Haryana for a 6 years term (2010–16). Birender Singh joined Bharatiya Janata Party on 29 August 2014, after tendering his resignation from the membership of Rajya Sabha, the upper house of the Parliament of India on 28 August 2014. In November 2014, Ch. Birender Singh took oath as a Cabinet Minister, Govt. Of India. He was given the charge of the Ministry of Rural Development, Ministry of Panchayati Raj and Ministry of Drinking Water and Sanitation. He was re-election to Rajya Sabha for the third time on June 11, 2016, In July 2016, during the second cabinet reshuffle of the Narendra Modi ministry, Chaudhary Birender Singh replaced Narendra Singh Tomar as the Steel Minister.[6] Birender Singh resigned as the member of the union cabinet minister before the 2019 Indian general election as the BJP decides to field his son Brijendra from Hisar parliamentary constituency.